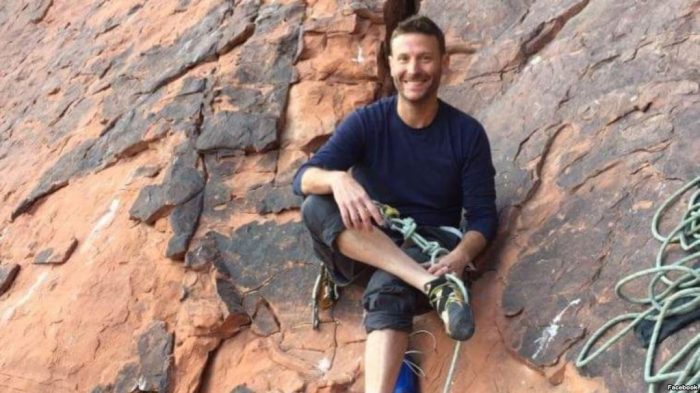 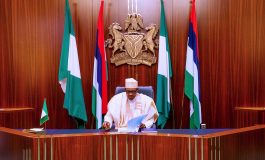 Growing up, Jason Spindler was an all-American kid.

In Houston, Texas, where he was born and raised, Jason played sports and studied hard, filling his days with friends and family, and planning for how his life would unfold.

“He was the type of guy that, if you met him, you knew he was destined for greatness,” his father, Joseph Spindler, a doctor in Houston, told VOA by phone.

Jason attended Hebron Academy, a private boarding school in Maine. Then the University of Texas at Austin, where he earned a degree in business, and another in astronomy.

After college, he went to Wall Street and joined Salomon Smith Barney, then the investment banking arm of Citigroup.

New York’s a tough city, and Jason worked hard. He honed his business acumen. He plotted his next steps. But in 2001, the dreams he hadn’t yet realized almost slipped away. It was September 11, and the United States was about to experience the worst-ever terrorist attack on American soil.

Jason worked at 7 World Trade Center, which caught fire and later collapsed after a plane struck the North Tower, scattering red-hot debris over Building 7. But he happened to have stayed at a friend’s house in Brooklyn the night before, and he was late to work that morning.

When he emerged from the subway, the towers were falling, covering him in dust. But Jason was unscathed, and he spent the day helping victims, rushing toward the wreckage to bring people to safety.

After the attack, Jason refocused. His time in New York proved valuable, but he wasn’t content with the life of a banker.

So he quit and joined the Peace Corps in Peru.

In South America, he worked with farmers to bring their goods to international markets. He developed the taro industry, focusing on exports of products made from the root vegetable, and how to improve fair trade.

Jason wanted to help. But he also wanted the people he worked with to become more autonomous, not more dependent. To do that, he needed to improve himself.

He returned to the United States to study law at New York University. There, he won a fellowship for entrepreneurial ingenuity and developed a plan to assist businesses in emerging markets become self-sufficient, no matter their size.

He also met Patricia Chin-Sweeney. Together, they founded I-DEV International, a global consulting company. Their work spanned the globe and took them to Kenya, where they established their Africa Regional Headquarters.

“Jason was a builder and a visionary,” Chin-Sweeney told VOA by phone. “He very much cared about changing the world, creating new opportunities,” she added.

There was so much to do. And the clock was ticking. They built up their business, working with hundreds of firms in dozens of countries.

On January 15, militants with al-Shabab, an Islamist terrorist group based in Somalia, descended on DusitD2, a five-star hotel in the same complex as the I-DEV offices.

In Houston, Joseph Spindler and his wife, Jason’s mother, Sarah, watched the news with trepidation. They knew the hotel. They had stayed there when visiting Jason. And they knew he would sometimes worked at its garden restaurant.

They tried another number. Jason had left his phone at the office, they were told. That’s why he wasn’t picking up. As the hours passed and Jason still hadn’t reached out, they grew more alarmed. The U.S. Embassy didn’t know anything. The police department wouldn’t say anything.

Jason’s parents grew desperate. But his friends stepped up. “They were wonderful,” his father said just before boarding a flight to Kenya. “They went to every single hospital with this picture. They stopped every single ambulance. They were looking for him.”

“And that’s really when I got the call from the embassy, the consulate,” his father said, “telling us that his body had been identified.”

‘A hard person to forget’

Jason was driven. And people were drawn to Jason. To his tenacity. His passion. His magnetic personality. He’d bring them together to go rock climbing. Play poker. Develop million-dollar businesses. Throughout his career, Jason sought impact. He worked with hundreds of people around the world. He’d lead them. Coach them. Challenge them.

“He was a hard person to forget,” Chin-Sweeney said. “One who had such an influence on everyone he’d been around — in their way of thinking, in pushing people to aspire to higher, to only the best.”

And he also pushed himself. To do more. To go further. To reach higher. Yet for all his drive, Jason stayed grounded. His infectious smile and casual style put people at ease.

Blazers and jeans were typical attire. He’d often sport a three-day stubble, and he kept his sandy-blond hair short, accentuating his piercing eyes.

But above everything else, Jason placed people. His brothers. His parents. His friends.

Jason was a humanitarian, his father said. He loved his family, and he loved people. Jason “always looked for the best in everybody,” he added.

Jason’s family and friends have started a GoFundMe campaign to raise money to extend Jason’s legacy of helping businesses in emerging markets.